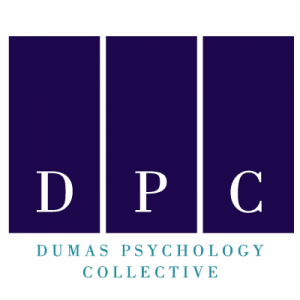 Due to the rise in COVID-19 cases, we have changed our office policy for entry. Everyone must ring our doorbell for service. Prior to entry, you will be asked several questions via our intercom system. Upon satisfactory answering of questions, you will be given a COVID-19 form for completion through our door slot. Once finished, you will have your temperature taken and escorted into our office. All individuals must wear a mask. Only those with appointments are allowed to be in the office at this time. We are active participants in flattening the curve and appreciate your cooperation in this matter.

View All Videos
The Brain Training Center
Contact Us

The mission Sunday night was to bring the community together peacefully to honor and pray for the country in the midst of what happened to another African American man by the hands of law enforcement.

“It’s not right what happened. Our lives do not matter until black lives matter,” Vigil Attendee, Tarina Akers said.

“It’s 2020, and enough is enough, it’s time for a change. It’s not right, racism is not right,” Vigil Attendee, Billy Short said.

Those were just some of the strong messages brought Sunday night during a solidarity candlelight vigil to remember George Floyd.

Floyd, a black man died after being pinned to the ground by a white Minneapolis police officer on Memorial Day.

“It’s always a tragedy when someone’s life is taken. Murder is a horrific thing. But when it’s done under the color of law, under the authority that was given to someone that shouldn’t have wield in such authority it’s disheartening. I’m apart of the criminal justice system that should never happen, and we all need to take a beat, and we need to find out why it happened, and we need to respect people’s grieving,” Co-Host of the Vigil, Robert Dunlap Esquire, PLLC said.

Residents of the Beckley community are hoping for change.

“We really wanted to do this vigil tonight to give people a safe place to really feel the feelings that they are having and to be able to process that and realize that they are not feeling this in a vacuum but there are others who feel just as strongly about the injustices that are happening across our country,” Host of the Vigil, Dr. Kristi Dumas said.

Large protest have been going on all week long in major cities including Minneapolis, where Floyd died. There has been unrest in Los Angeles, Houston, Dallas, Charlotte, Washington, Philly and more. There has also been protest in Beckley, and in Bluefield.

“It’s sad and even hard to understand that in 2020 that we still have to do the same message that my parents taught me. That was to always watch what you say, always be careful how you carry yourself. The sad part is now I find myself teaching my grandson be careful how you wear your hoodie, look around you at all times, if you get pulled over by police make sure your hands are in a certain position,” Bishop, Fred T. Simms D.D., of Heart of God Ministries said.

The ex-officer in Minneapolis has now been fired and arrested for murder.